Back to previous section

Although certain aspects of the doctrine of the Trinity were debated in the 4th, 5th, and 6th centuries, the doctrine was ‘law’ from the very first creed at the Council of Nicaea.

“In the space of fifteen years (Theodosius 4th century) promulgated at least fifteen severe edicts against the heretics, more especially against those who rejected the doctrine of the Trinity”.   Gibbon, quoted in ‘The Great Prophecies from Babylon to the Fall of Rome’, Chapter entitled The Catholic Faith Re-established’ by A T Jones p555.

The doctrine of the Trinity was included in the catechism that arose out of the Council of Trent (1545-1563), and from that time it has stood unchanged.    In 1985, twenty years after the close of the Second Vatican Council, an extraordinary synod of Bishops met believing it was necessary to formulate a new catechism to preserve the teaching of the Second Vatican Council, and give new direction to the universal Church.

The New Catechism of 800 pages was first printed in 1992, and again in 1994, its teachings on the Trinity being identical to that of the Council of Trent, and the Councils of Nicaea and Chalcedon, sixteen hundred years earlier.

Pope John Paul 11 wrote in his book ‘Crossing the Threshold of Hope’,  “As for her (the Catholic Church), teaching it is necessary to go back to the entire first millennium, from the First Council of Nicaea to those of Ephesus and Chalcedon, and then finally to the Second Council of Nicaea, which evolved out of the Councils that preceded it.

All the Councils from the first millennium revolve around the Holy Trinity, including the procession of the Holy Spirit…”  Crossing the Threshold of Hope. Pope John Paul 11. p44.

The Catechism states, “From the beginning, the revealed truth of the Holy Trinity has been at the very root of the Church’s living faith… (250)  During the first centuries the Church sought to clarify its Trinitarian faith, both to deepen its own understanding of the faith, and to defend it against the errors that were deforming it.  This clarification was the work of the early councils, aided by the theological work of the Church Fathers and sustained by the Christian people’s sense of the faith.”   New Catholic Catechism. p66.

What does the Catholic Church officially teach about the Triune God?

“The Trinity is One.  We do not confess three Gods, but one God in three persons, the ‘consubstantial Trinity’. The divine  persons  do  not share the one divinity among themselves, but each of them is God whole and entire… each of the persons is that supreme reality, viz., the divine substance, essence or nature.”   Ibid p66.67.   You will notice that controversial word ‘consubstantial’ (homoousios) again.

What is the meaning of that debated word today?

Does it mean absolutely one as taught by the Modalistic Monarchians and the Sabellians of the third century?  Is the God of the Catholic Church a sole Being who manifests Himself in three ways?   Is it that old heathen concept of one Being with three heads?

Listen to the words of the Catechism.   (254) “The divine persons are really distinct from one another, ‘God is one but not solitary’  (Encyclical Fides Damasi DS71)  ‘Father’, ‘Son’, ‘Holy Spirit’ are not simply names designating modalities of the divine being, for they are really distinct from one another.  ‘He is not the Father who is the Son, nor is the Son he who is the Father, nor is the Holy Spirit he who is the Father or the Son.”  (Council of Toledo X1 AD675)  New Catechism p67.

Note the key word ‘modalities’.    This specifically refers to the teaching of Modalistic Monarchianism, for as it says, “they are really distinct from one another.”   The wording could not be plainer.   “God is one, but not in solitary.”

We can be absolutely clear that the Catholic teaching of the Trinity consists of  “three divine persons” who are “one and the same God”.    My Catholic Faith  Louis L Morrow p32.  Never should we say that the Catholic Church believes in a Trinity that has ‘one body with three heads’.   It is simply not true, despite paintings from the past.

Of course the word ‘consubstantial’ still causes confusion, for it certainly presents a sole Being with three modes of operation.

What the word ‘consubstantial’ means to the theologians, no one really knows.   It is still a debated issue.    No theological dialogue has yet come up with a clear explanation of how three separate God-beings can be of the same substance, unless it means like substance.

But of course, the Nicaean opposition to Arianism would never allow this, even today.

The Catechism continues,  (255) “The divine persons are relative to one another.  Because it does not divide the divine unity, the real distinction of the persons from one another resides solely in the relationships which relate them to one another.”    Ibid p67.

One explanation of this statement has been given already in this booklet, that ‘the Father’ cannot be a Father, except He has a Son, and likewise the Son cannot be a Son, except there be a Father.   This is why their unity “resides solely in the relationships which relate them to one another”.

(266)  “Now this is the Catholic faith;  We worship one God in the Trinity and the Trinity in unity, without either confusing the persons or dividing the substance;  for the person of the Father is one, the Son’s is another, the Holy Spirit’s is another;  but the Godhead of the Father, Son and Holy Spirit is one, their glory equal, their majesty coeternal.”   Athanasian Creed.  New Cathechism p67.68.   (The Athanasian Creed may have been written by Athanasius who was at the Council of Nicaea, but some say it was an “unknown person of the 5th century”)

Cardinal Gibbons wrote, “The Catholic Church teaches that there is but one God, who is infinite in knowledge, in power, in goodness, and in every other perfection;  who created all things by His omnipotence, and governs them by His Providence. In this one God there are three distinct Persons – the Father, the Son and the Holy Ghost, who are perfectly equal to each other.”   Faith of our Fathers. Cardinal Gibbons. Chapter 1 p1.

This is a well-accepted symbol called the Triquetra -- equality, unity and eternity.  It can be found in Catholicism, Protestantism and Occultism.

So the Father is God, the Son God, and the Holy Spirit God;  and yet not three Gods, but one God.  So the Father is Lord, the Son Lord, and the Holy Spirit Lord;  and yet not three Lords but one Lord.  For like as we are compelled by Christian truth to acknowledge every Person by Himself to be both God and Lord;  so are we forbidden by the Catholic religion to say, there be three Gods or three Lords.

The Father is made of none, neither created nor begotten.  The Son is of the Father alone, not made nor created, but begotten.   The Holy Spirit is of the Father and the Son, not made nor created nor begotten but proceeding.  So there is one Father not three Fathers, one Son not three  Sons,  and  one  Holy  Spirit  not  three  Holy  Spirits.   And in this Trinity there is nothing before or after, nothing greater or less, but the whole three Persons are coeternal together and coequal.   So that in all things, as is aforesaid, the Trinity in Unity and the Unity in Trinity is to be worshipped.  He therefore who wills to be in a state of salvation, let him think thus of the Trinity….”    Athanasian Creed. Early Fifth Century.

The Trinity is constantly brought to mind by the Catholic devotee.   As has already been stated, “in making the sign of the Cross, we invoke the Three Divine Persons, saying:  In the Name of the Father, and of the Son, and of the Holy Ghost.”   Small Catechism p24.

When saying the “Our Father”, or the Lord’s Prayer, they say that the “‘Our Father’ is Almighty God, Father, Son, and Holy Ghost Who is the Father of all.”   Ibid p44.

What else is in honour of the Trinity?

Dr Tuberville in the Douay Catechism stated, “It (Sunday) is a day dedicated by the apostles to the honor of the Most Holy Trinity, and in memory that Christ our Lord arose from the dead upon Sunday, sent down the Holy Ghost on a Sunday etc, and therefore is called the Lord’s day.  It is also called Sunday from the old Roman denomination of Dies Solis, the day of the sun, to which it was sacred.”    Douay Catechism.

During the millennium celebrations of the Catholic Great Jubilee Year 2000, “the aim will be to give glory to the Trinity, from whom everything in the world and in history comes and to whom everything returns.   This mystery is the focus of the three years of immediate preparation:  from Christ and through Christ, in the Holy Spirit, to the Father.  In this sense the Jubilee celebration makes present in an anticipatory way the goal and fulfilment of the life of each Christian and of the whole Church in the Triune God”.    The Third Millennium. Pope John Paul 11. p78.79.

When the Image to the Beast institutes Sunday as the national and international day of worship, if the Pope makes the Sign of the Cross over the legislation, every person who honours this Papal day of rest will be bowing before the triune god of the Antichrist.


In summary of the Papal beliefs of today:

1. The teaching of the Trinity has not changed since the days of Nicaea, Chaldedon, Trent, Vatican Two, and it is now clearly placed in the 20th century, 800-page Catechism.

2. The Catholic Church officially teaches that there are three divine Persons in the one Godhead, all of the ‘same substance’ and co-eternal, rather than of ‘like substance’.

3. The Papacy definitely rejects Modalism, one God with three roles or modes of operation.

4. The Trinity is invoked in the Sign of the Cross.

5. The Trinity is invoked in the saying of the ‘Our Father’ or the Lord’s Prayer.

6. The keeping of Sunday is dedicated to the Trinity.

7. The main aim of the millennium celebration was to give glory and honour to the Trinity, the central pillar of the Roman Catholic Church. 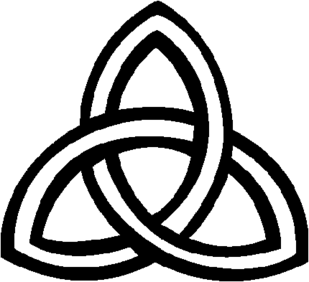 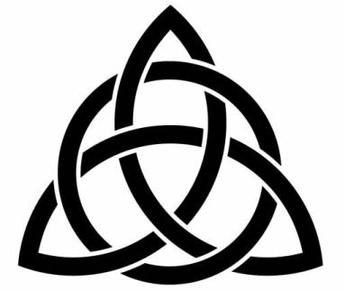