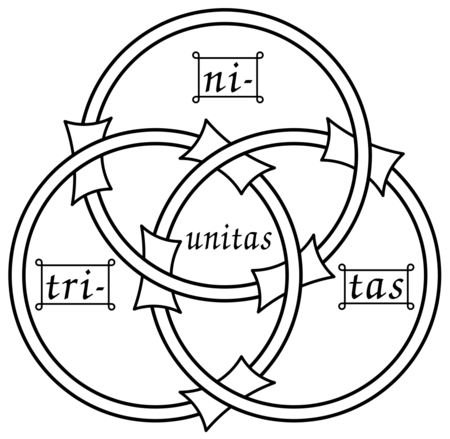 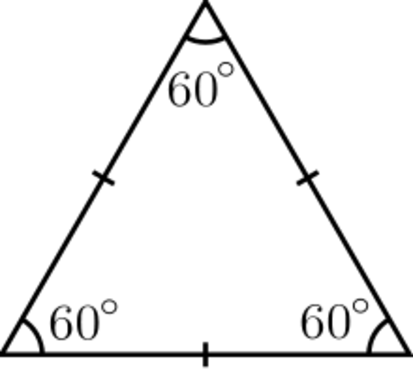 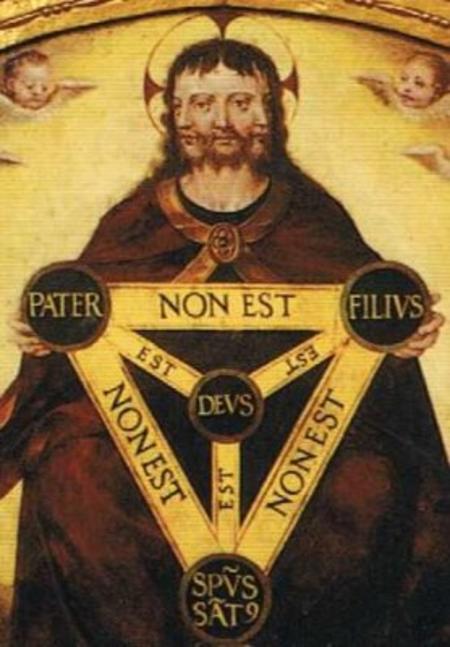 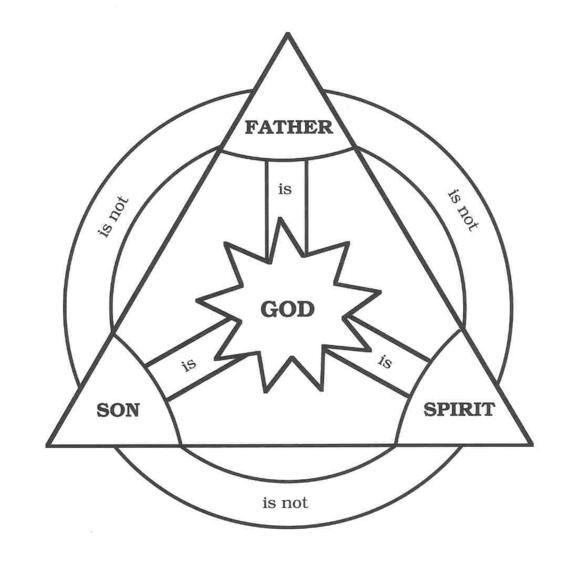 I will take this one step further and give an example. The Goddess in most traditions is usually depicted as the Moon. The Moon has three phases (four according to some) waning moon, full moon and waxing moon. Now imagine three circles like a Venn diagram in Probabilities (always a passion for Statistics but I won’t take it too far this time) you can see that the parts that are joining together form the Triquetra, three aspects of the moon, three aspects of the Goddess (or Divine) joined together...

The Goddess has three archetypical aspects: Maiden, Mother and Crown while the God is represented as the Horned God or the Hunter, the God-King (ruler of the Summer Solstice) and the Sacrificed God. I am aware that many other pagans will use different terms for the three archetypical aspects of God and I cherish into that. Always remember that Gods embrace diversity....

Now that you understand the meaning of the Triquetra take it a bit further and apply this symbol to your spells, bring its power in your life and empower everything you do.

If you would like to use a spell awakening the powers of the Triquetra and bringing the Divine powers in your symbol and life use the spell that we provide in this blog."  "Composed by The Easy Witch (in all the possible ways)"     www.magicalrecipesonline.com/2012/04/

In a Catholic book for school children, under a drawing of the triquetra it says the Trinity is shown by an equilatral triangle.   I have never heard it described in this way, but it is significant.   There are Christians who believe the triquetra, standing for the Trinity, is a symbol of the Man of sin, the Antichrist.   After all the triangle is equal on all sides, 180 degrees  --  60+60+60.  As a zero is not counted in symbolic numbering, this equals 666.

The triangle has never been a symbol of the living God.

He continues:   "As is the case with a lot of Celtic symbolism, the Trinity knot has been assigned a host of new meanings in the modern age.  One of the best known uses of the Triquetra comes from the TV hit series Charmed, featuring three sisters who happen to be witches.  The trio function as a single entity and the symbol appears on the cover of their 'Book of Shadows';  when the power of three is intact, so is the symbol on the book, but when the power of three is divided, the symbol is not united."  Ibid.

The above writer also said, "...the symbolism attached to the Trinity know should never be rigid.  This is because of the scant evidence available, however, far, from being a bad thing, the fact the meaning of the Trinity know is open to interpretation ensures that each of us can derive our own special meaning."   Ibid.

​Should Christians use this symbol that has so many occultish meanings? 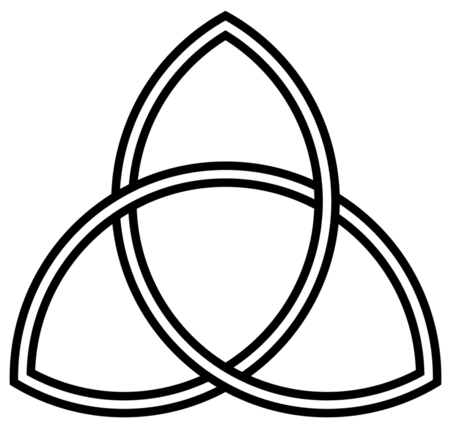 As you know, the "mark of the beast" will be placed on the hand or the forehead of men and women who refuse to obey the laws of the land relating to worship.   All who have "the mark, or the name of the beast, or the number of his name" will not be able to buy or sell.   Revelation 13:16.17.

My question is:  What if the triquetra is simply the religious 666 symbol?

What if to obey the "beast", whose number is 666, is to receive the wrath of God?

Will those who stand for the symbolism of the triquetra automatically be worshipping this beast when the mark is enforced?

Serious questions for all who believe in the Trinity.​ 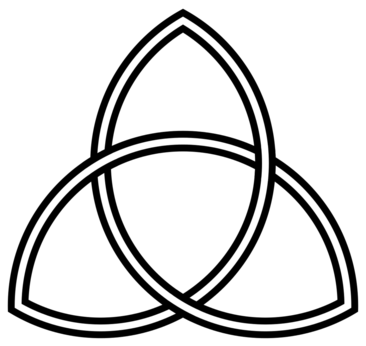 The triquetra represents the Trinity to those who believe in the doctrine.

The above is a simple version -- a circle to donate one eternal God, and a triangle to show three Persons within that circle of eternity.

​The word trinity comes from the Latin 'trinas' and 'unitas' meaning 'three that unite'.  The word triquetra means 'three-cornered' in Latin.    The symbol is also called the Trinity Knot.

Roman Catholics use the symbol more than any other denomination, but all may have used it at some stage in their history.  The Anglican Church uses it on Trinity Sunday at least once in the year.​

Seventh-day Adventist generally claim not to believe in the Catholic Trinity, however, we use of the triquetra symbol.   It is graphically portrayed in the Pictorial Aid for Bible Study.

According to the dictionary of symbols, "the triquetra or triqueta predates Christianity and was likely a Celtic symbol of the Goddess, and in the North, a symbol of the god Odin....

Triplicities were common symbols in Celtic myth and legend, one of the possible reasons Christian beliefs were so easily adopted by the Celtic people. The triqueta makes an ideal Christian symbol. It is a perfect representation of the concept of “three in one” in Christian trinity beliefs, and incorporates another popular Christian symbol, the fish, in its original form of the vesica pisces. It is sometimes enclosed within a circle to emphasize the unity aspect."   http://symboldictionary.net/?p=159

Why would Christians use a pagan symbol to represent the God of heaven?

According to one website, "the triquetra is a symbol of Black Madonna worshippers; a symbol on the new universal smart card and high-level Masons false god Jahbuhlun, whose mark is the three 6's, overlaid Triquetra."  http://kingdomsoftheworld.com/symbols.htm

Symbols are not out-of-date simply because they were used in ancient pagan worship, as they are currently used in the occult.  The power they had originally is with them today.

Many men and women wear the triquetra in jewelry and tattoos to receive power, not simply as an adornment.  Others wear the 666 symbol for the same purpose.