"Among the chief rulers also many believed on Him", we read; "but because of the Pharisees they did not confess Him, lest they should be put out of the synagogue."John 12:42.

"They were convinced; they believed Jesus to be the Son of God; but it was not in harmony with their ambitious desires to confess Him. They had not the faith that would have secured for them the heavenly treasure. They were seeking worldly treasure."    Christ's Object Lessons p105.

They actually believed Jesus was the Son of God, but denied Him!

​Are we are in danger of doing this? 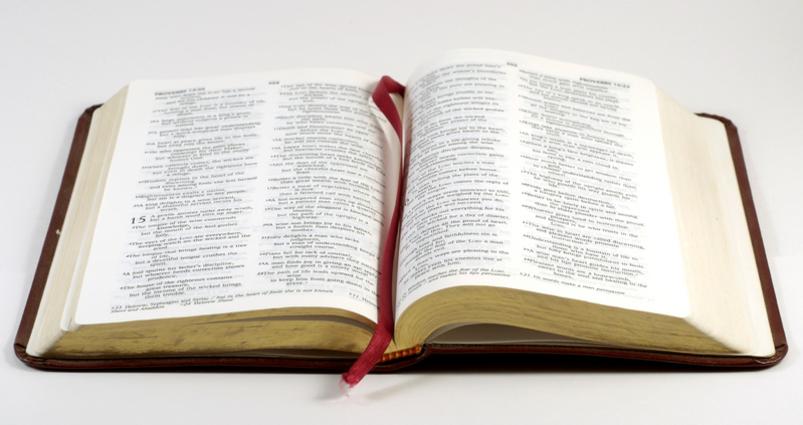 "There are today thousands of professors of religion who can give no other reason for points of faith which they hold than that they were so instructed by their religious leaders. They pass by the Saviour's teachings almost unnoticed, and place implicit confidence in the words of the ministers.

But are ministers infallible?

How can we trust our souls to their guidance unless we know from God's Word that they are light-bearers?

A lack of moral courage to step aside from the beaten track of the world, leads many to follow in the steps of learned men; and by their reluctance to investigate for themselves, they are becoming hopelessly fastened in the chains of error.

They see that the truth for this time is plainly brought to view in the Bible, and they feel the power of the Holy Spirit attending its proclamation; yet they allow the opposition of the clergy to turn them from the light.

Though reason and conscience are convinced, these deluded souls dare not think differently from the minister; and their individual judgment, their eternal interests, are sacrificed to the unbelief, the pride and prejudice, of another...

​The truth and the glory of God are inseparable; it is impossible for us, with the Bible within our reach, to honor God by erroneous opinions...

Ignorance will not excuse young or old, or release them from the punishment due for the transgression of God's law, because there is in their hands a faithful presentation of that law and of its principles and its claims.

It is not enough to have good intentions; it is not enough to do what a man thinks is right, or what the minister tells him is right. His soul's salvation is at stake, and he should search the Scriptures for himself... ​​

We should day by day study the Bible diligently, weighing every thought, and comparing scripture with scripture. With divine help, we are to form our opinions for ourselves, as we are to answer for ourselves before God...

​If men would but take the Bible as it reads, if there were no false teachers to mislead and confuse their minds, a work would be accomplished that would make angels glad, and that would bring into the fold of Christ thousands upon thousands who are now wandering in error...​​

​We should exert all the powers of the mind in the study of the Scriptures, and should task the understanding to comprehend, as far as mortals can, the deep things of God; yet we must not forget that the docility and submission of a child is the true spirit of the learner.

Scriptural difficulties can never be mastered by the same methods that are employed in grappling with philosophical problems...

​Many a portion of Scripture which learned men pronounce a mystery, or pass over as unimportant, is full of comfort and instruction to him who has been taught in the school of Christ.

One reason why many theologians have no clearer understanding of God's Word is, they close their eyes to truths which they do not wish to practice.

An understanding of Bible truth depends not so much on the power of intellect brought to the search as on the singleness of purpose, the earnest longing after righteousness...

When the testing time shall come, those who have made God's Word their rule of life will be revealed...

So the false-hearted professor may not now be distinguished from the real Christian, but the time is just upon us when the difference will be apparent.

Let opposition arise, let bigotry and intolerance again bear sway, let persecution be kindled, and the half-hearted and hypocritical will waver and yield the faith; but the true Christian will stand firm as a rock, his faith stronger, his hope brighter, than in days of prosperity."  Selected paragraphs from The Great Controversy 1888 p596-602. The Scriptures a Safeguard.  And 1911 - 597-602.  Extra paragraphs made for clarity.

Let me ask you --- Did you read the prophetic warning through?

I will admit that when you have read something a number of times in the past, you tend to skip through.  I have done that, but the other day I reread this chapter, and was enlightened.  It says so much that relates to us personally.  It does refer to Christians 'out there', but it is also relevant to us as a people.