Can you tell the Difference?

We are told that men and women who are trained to recognise counterfeit notes must study the genuine so that when they see a counterfeit, they can spot it immediately.

Likewise, if we study the Scriptures prayerfully, and with an honest love of the truth, we will not be deceived by error.   God has promised to lead us, by His Spirit, into a knowledge of truth.  John 16:13.

Unfortunately, all of us have been taught many traditions from childhood, and instead of knowing God’s Word, we hold to the teachings of men as the genuine article.

It is vital we go to the Scriptures with an open, prayerful mind, asking God to reveal His truth. We need to look at the texts carefully asking, ‘What is God actually saying?’ and not ‘This text means’.

It may take a great deal of study, “here a little and there a little” before we are able to see the fullness of any particular truth, but if we are willing, God will reveal it personally.

The most important truth we want to understand is the truth about God Himself.

There are two distinct and different beliefs about the Godhead.   One is the genuine teaching of the Bible; the other the traditional doctrine of Christendom.

Do you think you could spot the counterfeit?

On the surface they look alike, and it is hard to tell the difference.  This is why a counterfeit is easily passed for the real thing.   If you think it makes no difference, perhaps you need more study on the genuine article;  then you will be able to see the false at a glance.

This world is full of counterfeits, and Satan is intent on deceiving as many as he can before the return of Christ.

At the end of time, just before the return of Christ, there will be false miracles to deceive the world into bowing down to a false religion, and a counterfeit religious law.  Revelation 13:13-17.  We are already seeing false prophets and false christs.  Matthew 24:5.11.

Every truth of the Bible has been counterfeited by Satan to deceive the very elect, and it is obvious he will have a counterfeit for God Himself.   We can be assured it will be very deceptive.

Just as those who learn to detect counterfeit bank notes and coins study the genuine, we must look closely at the ‘three great Agencies of heaven’ to see what the Bible has to say about them.

The Father alone is called ‘the only true God’. John 17:3.   “One God and Father of all, who is above all, and through all, and in you all.” Eph 4:6.  (Remember, you are reading the words of God making ONE statement only;  further points will be clarified in other texts)   According to the above texts of Scripture, the Father is the great Source of all, and we must accept that as written.

His omniscience, omnipotence, omnipresence, immortality became His by right of inheritance.  (Please note, the Bible does not use the term God the Son as does the Trinity;  it says the Son of God, or God’s only begotten Son. It is important to stress that the Son is not a created being, as there are men and women who believe Christ was the first created being, and there can be confusion.   The difference means our salvation.)

The Father loved this world so much He sent His Son to be our substitute, for “God sent not His Son into the world to condemn the world, but that the world through Him, might be saved.”   John 3:16.17.    (The Father did not force the Son;  the Son gained permission from His Father.  As a Son, Christ was submissive, even before the incarnation.   In the Trinity all are equal without any delegated authority, whereas in the true Godhead, the Father ordained that the Son should be given preeminence for a period of time.   John 3:35. 5:22.27. Colossians 1:12-19.   Compare 1 Corinthians 15:24-28.  Hebrews 1:13)

The holy Spirit is the omnipresent, immortal, invisible presence of God.  It is not a being (in His own right as in the Trinity), but is the Father’s personal presence, able to be in every place in the universe.  It is also the personal presence of Christ, for He was anointed with God’s Spirit when He was begotten in eternity.   “Ye are not in the flesh, but in the Spirit, if so be that the Spirit of God dwell in you.  Now if any man have not the Spirit of Christ, he is none of His.  And if Christ be in you… if the Spirit of Him (the Father), that raised up Jesus from the dead dwell in you…”  Romans 8:9-11. Ephesians 4:30.  Philippians 1:19. (Note the interchange of terms)  “Through Him (Christ) we both have access by one Spirit unto the Father”.  Ephesians 2:18.   “There is one Spirit”.   Ephesians 4:4.

The Spirit is also God in that He is the divine spirit of God. 1 Corinthians 3:16.  Because He is ‘spirit’, He can dwell within God’s people. Romans 8:9. 2 Cor 6:16. Ephesians 3:17.  The Bible does not use the term God the Holy Spirit, but the Spirit of God or the Spirit of Christ.  (Spirit and Ghost are the same Greek word ‘pneuma’ meaning ‘breath, air, spirit, mind’, or in Hebrew ‘ruach’, meaning the same.  The word holy is placed before Spirit and Ghost because God is holy, and as such does not need a capital letter. 1 Thessalonians 4:8 KJV)

The Spirit is the person of God and Christ in spirit, and therefore able to teach, instruct, guide, and comfort His people. John 14:16-18.26.  15:26. Isn’t this what Jesus promised – I will come unto you?  John 14:18. Revelation 3:20.  He has a personality because He is Christ’s spirit, His personal presence, not an impersonal force.

The Son came to earth as the Anointed One.  The Jews asked Jesus, ‘Are you the Messiah/Christ?’    (Mashiach – Hebrew;  Christos – Greek)

We must not confuse Bible terminology, for although the Son is God, we do not use the term ‘God the Son’, as this implies He is unbegotten, co-equal, and co-eternal with the Father, as taught in the Trinity.   It in no way denigrates the Son that He was begotten of the Father at some point in eternity, instead it reveals a greater love of a Father giving His beloved (and willing) Son to redeem mankind.   (Study Abraham’s experience in Genesis 22, and Jesus comment in John 8:56)

Neither should we use the term ‘God the Holy Spirit’, although the Spirit is the personal presence of God.

In receiving the God’s Spirit, we receive God, but the Bible does not use the term ‘God the Spirit’, and neither should we, for it implies a completely separate, co-eternal, co-equal being, as taught in the Trinity.  Bible terminology is always the possessive case – Spirit of God, Sprit of Christ, God’s Spirit or Christ’s Spirit.

The genuine understanding relies on the Word of God;  the counterfeit depends on man.

Mark of the Beast

In a very short time, the governments of the world will compel all men to worship the beast and his image by enforcing religious laws upon every man, woman, and child.   At that time all must make a decision as to whom they will obey -- the law of God or the law of man.

Seventh-day Adventists may be absolutely convinced of the genuineness of the Sabbath, and correctly so, however, it has been prophesied that “men in responsible positions will take a course directly opposite to that pursued by Nehemiah (in Sabbath reform).

They will not only ignore and despise the Sabbath themselves, but they will try to keep it from others by burying it beneath the rubbish of custom and tradition.   In churches and in large gatherings in the open air, ministers will urge upon the people the necessity of keeping the first day of the week.”  Advent Review & Sabbath Herald. Mar 18. 1884.

It may appear as if this is speaking about non-Adventists, however, the message is addressed to God’s “professed people” - Seventh-day Adventists.

If it will be convenient for Adventists to join the Sunday keepers when the pressure is on, it will be made easier when it is realized – too late – that they already worship the same ‘God’.   At this present time, almost all of Christendom is worshipping the Trinity on Sunday.

In the worship of God on Sunday, the Catholic Church states that “[Sunday] is a day dedicated by the Apostles to the honor of the most holy Trinity…”Douay Catechism p143.

Those who pay homage to the papacy by keeping Sunday are doing so “in honor of the most holy Trinity.”   Ibid.

When all the world bows before the image to the beast and its religious laws, it will be bowing to the GOD of the world’s religious leaders -- the Trinity, but in reality, it will be Satan achieving his goal to be “like the most High.”  Isaiah 14:12-14.

When our doctrines were being formulated between 1844 and 1848, and our brethren could go no further in their study, it was the Holy Spirit, through the prophet, who gave the final word of truth.

“Many of our people do not realize how firmly the foundation of our faith has been laid… Messages of every order and kind have been urged upon Seventh-day Adventists, to take the place of the truth which, point by point, has been sought out by prayerful study, and testified to by the miracle-working power of the Lord.   But the waymarks which have made us what we are, are to be preserved, and they will be preserved, as God has signified through His Word and the testimony of His Spirit.  He calls upon us to hold firmly, with the grip of faith, to the fundamental principles that are based upon unquestionable authority.”   1 Selected Messages p208. 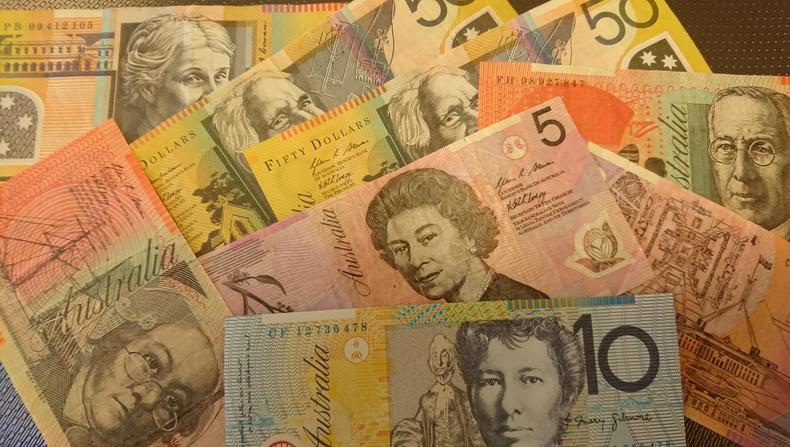