The God of Light 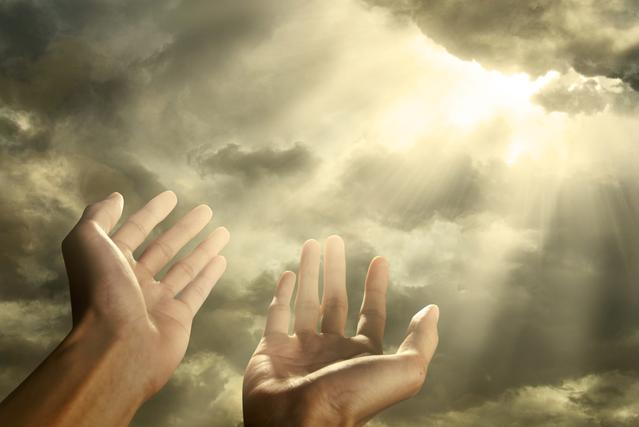 God the Father is hidden by a glorious light.  We sing of Him in the following hymn.

Immortal, invisible, God only wise,
In light inaccessible hid from our eyes,
Most blessed, most glorious, the Ancient of days,
Almighty, victorious, Thy great name we praise.”
Great Father of glory, pure Father of light,
Thine angels adore Thee, all veiling their sight;
All laud we would render:  O help us to see
“Tis only the splendour of light hideth Thee.”
New Advent hymnal No.21. 1st and 4th verses.

These verses are drawn from the Scriptures, “Now unto the King eternal, immortal, invisible, the only wise God, be honour and glory for ever and ever. Amen.”   1 Timothy 1:17.  James 1:17.

“O worship the King, all glorious above,
O gratefully sing His wonderful love,
Our shield and defender, the Ancient of days,
Pavilioned in splendour, and girded with praise.
O tell of His might, O sing of His grace,
Whose robe is the light, whose canopy space…”
New Advent hymnal No.83. 1st and 2nd verses.

When Sister White was in vision, she could see Jesus’ lovely countenance, but the Father was covered with a cloud of glorious light through which her eyes could not penetrate.

'Does the Father have a form like yours?' she asked Jesus.

“Yes”, He replied, but added, “If you should once behold the glory of His person, you would cease to exist.”   Early Writings 54.

According to the Bible, God the Father is “dwelling in the light which no man can approach unto, whom no man hath seen, nor can see; to whom be honour and power everlasting.  Amen.”   1 Timothy 6:16.

We are counselled, “not (to) attempt to lift with presumptuous hand the curtain behind which He veils His majesty…. It is proof of His power and mercy that there is the hiding of His power, that He is enshrouded in the awful clouds of mystery and obscurity;  for to lift the curtain that conceals the divine presence is death.”  5 Testimonies 301.

When Adam and Eve sinned in the garden, they became fearful of meeting their Creator.  Would He be angry with them?   Instead, the Son was communing with His Father on their behalf, offering to pay the penalty of death for their sin. Although the covenant pledge had been made in eternity, it was difficult for the Father to allow His beloved Son to fulfil His promise.

“Three times He (God’s Son) was shut in by the glorious light about  the  Father,  and  the  third  time  He  came  from  the Father we could see His person.  His countenance was calm, free from all perplexity and trouble, and shone with a loveliness which words cannot describe.  He then made known to the angelic choir that a way of escape had been made for lost man….”   Early Writings 126.

At the Incarnation, the Son of God “veiled the dazzling splendour of His divinity and came to live as a man among men, that they might, without being consumed, become acquainted with their Creator.”   8T 265.

After John had baptised Jesus, Christ knelt on the banks of the Jordan and prayed.  The heavens opened and “... the light of God’s glory, brighter than the sun at noonday, came from the throne of the Eternal, and assuming the form of a dove with the appearance of burnished gold, encircled the Son of God, while the clear voice from the excellent glory was heard in terrible majesty, saying, ‘This is my beloved Son, in whom I am well pleased’.”  In Heavenly Places 39.

The glorious light that takes the form of a dove, encircled the head of Christ, anointing Him with God’s Spirit.   It was the sign to John that Jesus is the Messiah.

Satan too was at the Jordan that day.  “He saw the brightness of the Father’s glory overshadowing the form of Jesus… (he) well knew the position which Christ had held in heaven as the Son of God, the beloved of the Father.”   5BC 1078.   He was determined to defeat the Son and destroy the plan of salvation.

The Spirit surrounding the Father is omnipresent.  It is by His Spirit that God the Father and His Son can be everywhere in the universe. “‘The Lord’s throne is in heaven’ (Psalm 11:4); yet by His Spirit He is everywhere present. He has an intimate knowledge of, and a personal interest in, all the works of His hand.”  Education 132.

The Spirit is not merely an outward covering, it emanates from God’s very being.  EW 92.  It was the same for Adam and Eve.  When they were created, the light of God’s Spirit radiated from within, giving them garments of glory. “So long as they lived in obedience to God, this robe of light continued to enshroud them.”  PP p45.  When they sinned, the robe of light “disappeared” and Adam and Eve were no longer temples for God’s Spirit.  Ibid 57.

Praise God He has made a way – through His Son – for us to again be His temple.  At present, the Spirit is not shining visibly from His people, although on rare occasions it is made visible to others as the message of truth is presented.

Before the coming of Christ, all the redeemed will be filled with the Spirit and God’s glory will shine from them.  Until then, the promise is given that “the light which fell from the portals upon the head of our Saviour will fall upon us as we pray for help to resist temptation.”   DA 113.

The Spirit, proceeding from the Father to the Son, is given to all who have surrendered to Christ.  It “….binds the human agent, body, soul, and spirit, to the perfect, divine-human nature of Christ.  This union is represented by the union of the vine and the branches.  Finite man is united to the manhood of Christ.  Through faith, human nature is assimilated with Christ’s nature.  We are made one with God in Christ.”  1 Selected Messages 251.

Only when Christ’s holy Spirit is within can we be the light of the world.  Jesus said, “The beams of the Son of Righteousness must shine into your own heart if (we) would impart light to others.”  1 SM 411.

The light of God was inherited by the Son when He was begotten by His Father.  He continues to receive the Spirit from His Father (who is its great Source), and He passes it on to all who are sanctified.

As you spend time in your place of prayer, let the eye of faith see the throne of God with its glorious light surrounding the Father.

Allow your mind to see Jesus bathed in the glory of His Father, and watch as the light falls over the edges of the heavenly city, for “the threshold of heaven is flooded with the glory proceeding from the throne of God, that the light may fall directly on those who are seeking the help that Christ alone can give.”  Upward Look 107.

When we study a passage of Scripture, “…light from the throne of God will shine into the soul.” Our High Calling 31.  These new thoughts are not from our own minds:  they are God’s Spirit illuminating our understanding.

When Jesus returns in His own glory and the glory of the Father, He will be “clad in the robe of light which He has worn from the days of eternity.” Lift Him Up 173.  It is clothing “such as the angels wear.”  Story of Redemption 21.

And you and I – if faithful – “may rise from the dust, and stand forth arrayed in garments of light.”  Sons and Daughters 124.

As renewed  and sanctified  children of God,  we are once again privileged to be the  temple  of His  Spirit.     Now we have only  “an earnest”  or deposit  of the Spirit, but when taken to our heavenly home, we will have its fullness.

“From the eternal ages, it was God’s purpose that every created being, from the bright and holy seraph to man, should be a temple for the indwelling of the Creator.”  In Heavenly Places 191.

In heaven, the Father will be seated upon His throne of glory and the Son will be at His right hand.  The only throne of God’s Spirit is the sanctified heart and mind of every created and redeemed being in His great family.

We must ask ourselves – Will my heart be the dwelling place of God’s true holy Spirit then?

Only if it is the throne of His Spirit today.